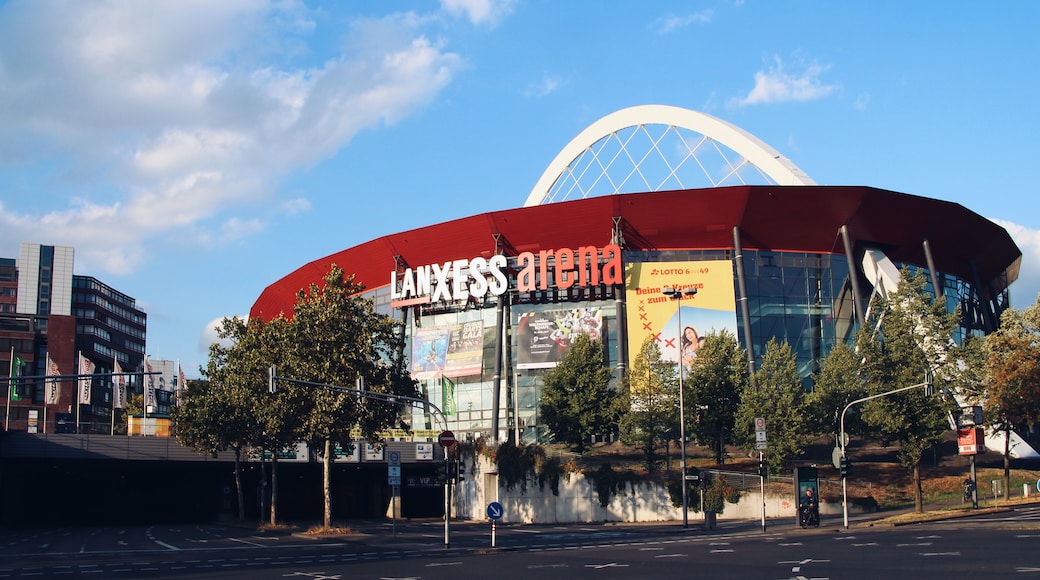 Where to stay in Deutz?

Cologne Trade Fair Grounds is just one of the places to see in Cologne, so why not enjoy the other things to explore during your travels? Discover the fascinating museums and stunning cathedral in this culturally rich area.

Find out more about Deutz

In Deutz, you can spend time visiting the cathedrals, shops and historical sites. Enjoy the neighbourhood's museums and river views, as well as its bars. Spend an afternoon at Claudius Therme or Kleinbahn im Rheinpark. There's plenty more to see, including LANXESS Arena and Cologne Trade Fair Grounds.

How to get to Deutz

Travelling to Deutz by train

You'll find the following train stations in the neighbourhood:

Getting to Deutz on the metro

Things to see and do in and around Deutz

What to see in Deutz

Things to do in Deutz