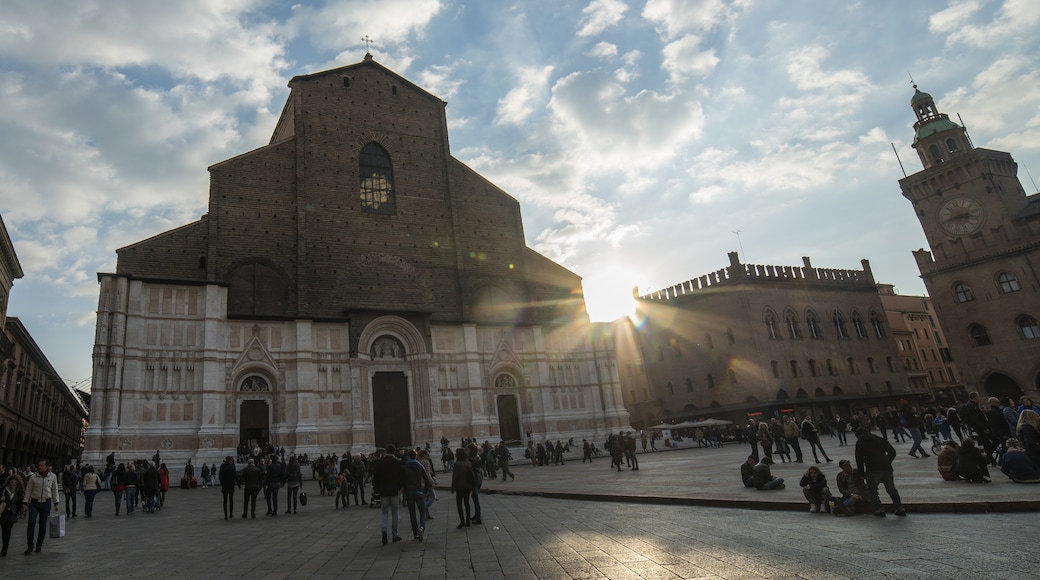 Find out more about Bologna

From fine dining to first-class service, luxury Bologna hotels provide the perfect setting for a vacation to remember. You can choose from 20 Bologna luxury accommodations, and you'll find modern conveniences combined with comfortable rooms. Visitors to Bologna like its museums and cafes, so you’ll want to check those out during your stay. You could even book a hotel room close to sights like Palazzo d'Accursio and Fountain of Neptune, or find yourself a luxury suite in a quieter area. Whether you're searching for a luxury hotel in central Bologna or something just outside, Hotels.com has an exceptional selection getaway options that won't disappoint.

What Are Some of the Best Luxury Hotels in Bologna?

After a day of discovery in Bologna, you can treat yourself to a meal at a fine restaurant, enjoy the fluffy towels and sink into the plump pillow of an uber-comfy bed in your luxury hotel. Hotels.com has 20 luxury accommodations in Bologna and here are our most popular choices:

What Are the Best Things to See and Do in Bologna?

While it might be tempting to settle down in your upscale hotel with its superb amenities, there's lots to enjoy in the area. Here are some things for you to see and do during your visit: